Next Stop for Tax Reform: The Oval Office

Recently, both houses of Congress passed a tax reform bill titled “To provide for reconciliation pursuant to titles II and V of the concurrent resolution on the budget for fiscal year 2018,” also known as the Tax Cuts and Jobs Act. The legislation is now bound for the President’s desk. After a Senate and House conference committee reviewed the preexisting bills from both houses, a number of changes and consolidations were made to create the final bill.

It is expected that President Trump will shortly sign the Tax Cuts and Jobs Act into law, giving the country the first fundamental tax reform since 1986. Once signed, it’s likely some time will be needed to work through implementation, including the production of new IRS forms and guidance to accommodate the many changes involved.

Among the provisions of the final bill, which the Joint Committee on Taxation estimates will cost $1.4-trillion over 10 years, are: lowering of the corporate tax rate to 21 percent, seven individual tax brackets (10%, 12%, 22%, 24%, 32%, 35% and 37%) and an increase in the standard deduction to $12,000 for single filers and $24,000 for married couples, and repeal of personal exemptions and miscellaneous itemized deductions.

In a statement issued after passage of the tax package, AICPA President and CEO Barry C. Melancon, CPA, CGMA, said the legislation contains several provisions that should be welcomed by CPAs and their clients. He expressed disappointment, however, over lawmakers’ decision to exclude CPAs from the measure’s treatment of pass-through entities. “Congress should have provided parity for pass-throughs, regardless of their line of business, in order to achieve a fairer, simpler, and more competitive tax code,” he said. “The AICPA pointedly and repeatedly made the case that all professional service firms – including accounting firms – should have received the new deduction.”

The CPA profession’s advocacy led to the inclusion of several beneficial provisions in the final tax package. Specifically, Congress expanded the number of taxpayers who may use the cash method of accounting without further restricting its use. Lawmakers also decided to adopt many AICPA supported provisions, including:

“In anticipation of implementation of these and other changes to the tax code, the AICPA is prepared to guide our members through the legislation’s intricacies and impact,” Melancon said in the statement. “The nation’s CPAs can count on us during this time of transition – and beyond.” 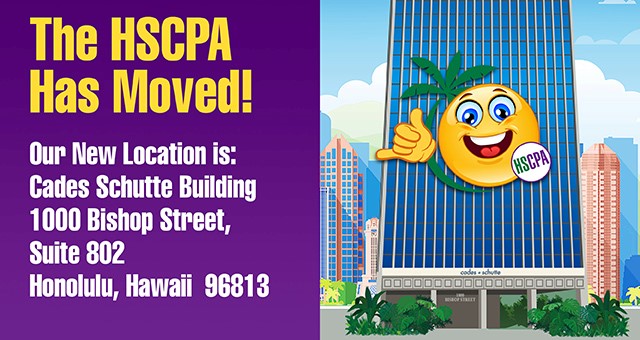